Remodeling one’s house is always a joyous occasion, but for Maria Carbajal of Grants Pass it turned into a nightmare. Maria and her husband Jay, who moved to the Rogue Valley from Santa Barbara in 1978, decided to remodel in November 1990, and the job included a completely refinished bedroom—new paint, drapes, furniture, bedspreads, the works. 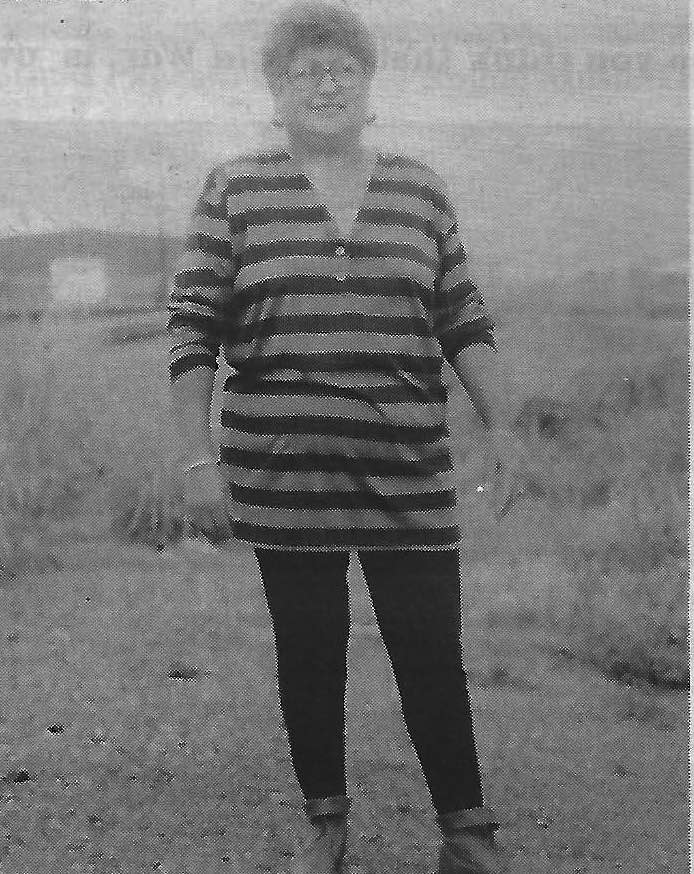 Maria was especially picky about the bedroom set she ordered. A self-described antique freak, she wanted an all-wood set, and she waited two months for the local furniture store to process the order from the East Coast.

By January, the bedroom was completely remodeled and refurnished, and Maria was happy as could be—except, of course, for the sore muscles she was starting to get. She figured it was caused by the low impact workout at the health club she’d just joined, but when the soreness didn’t go away after two weeks, and other symptoms—headaches, dizziness, nausea—cropped up, she decided to go to her family doctor.

That was on January 21, 1991, and the doctor, who had no idea what it could be, prescribed muscle relaxants and pain pills. When the medication provided no relief, the dosage was increased, all to no avail. By the beginning of February, when Maria was sent to a specialist in Medford, she was completely invalid.

“I could not even stand up,” Maria said. “I had to roll over onto the floor, crawl to a chair and pick myself up. My granddaughter had to help me get dressed. I couldn’t drive or walk, it hurt so bad. If I was in a chair, I had to have someone help me get up.”

The Medford doctor, a specialist in rheumatoid arthritis, prescribed cortisone, and the symptoms disappeared. “I thought it was a miracle drug,” Maria said. “I took the cortisone on Wednesday, and by Thursday morning I was out of bed.”

The bad news, however, was that the doctor diagnosed her illness as polymyalgia rheumatica, a syndrome of muscular rheumatism in people over 65. Maria, who is 50ish, was also told that the levels of cortisone it took to relieve her pain would eventually produce some ugly side effects, so she was put on a massive (and expensive, but since the insurance company pays for it, who cares?) medication regiment which included pain pills, sleeping pills, a low level of cortisone, and a muscle relaxer.

“I was going to see the doctor twice a week at $85 a visit,” Maria said. “I was taking all of the medication and nothing was getting better. The doctor then decided that I didn’t have polymyalgia rheumatica. He said I had rheumatoid arthritis, and that it was in my joints. But it wasn’t in my joints. It was in my muscles. Every muscle in my body hurt.”

In July 1991, Maria and Jay took a vacation to Montana, and the symptoms went away. In a postcard she sent to her employees at Maria’s Mexican Kitchen, she wrote on July 17, “Been here four days. Wonderful time. Still only one pill a day instead of nine. Maybe it’s just relaxation.”

Returning back to the Rogue Valley after a pain-free two weeks in Montana, they thought it might have been the altitude, and Maria and Jay considered moving away from Grants Pass. When she returned home, the symptoms returned, and by mid-August she was hospitalized at Providence Hospital in Medford.

“I was there for three days waiting for a muscle biopsy,” Maria said. “But the university that was going to do the biopsy was closed over the weekend, so I checked myself out on Friday. For the entire three days in the hospital, I felt good. There was no pain, and I was able to get up and walk around.”

Maria began to suspect that there was something wrong with her bedroom. When she returned home, she slept in the downstairs bedroom and everything was fine. The next night she slept in her own bedroom and the symptoms returned. She was beginning to put two and two together.

“I talked it over with the people at work, and we started eliminating things,” Maria said. “The first thing I did was take out all the new bedspreads, but that didn’t work. Then we thought it might be the paint, so Jay went down to Dutch Boy Paints and talked to Dean, who assured him there was nothing in the paint that would make people sick. He asked Jay if we’d had any new carpeting or paneling, and Jay said no. Then he asked if we’d had any new furniture, and voilá, that was it.”

Maria immediately went to her bedroom to inspect her bedroom set, and sure enough, the set contained particle board, a wood-like filler that is held together by formaldehyde-containing glue. She called the furniture store and demanded that the furniture be removed from her house and her money refunded. Once the formaldehyde was gone, Maria’s life returned to normal.

“I’m back to about 50% of what I was before this started,” Maria said. “It will take some time for all the formaldehyde to completely leave my body. I read about formaldehyde poisoning, and every symptom listed was what I had. I can’t believe all the money I spent on doctors, medications and hospitals, and I ended up finding out what it was myself.”

The problem, according to most experts, is that modern medicine is grossly undereducated when it comes to environmental illnesses. No medical schools teach it, and patients are routinely misdiagnosed by physicians baffled over a complex set of symptoms.

According to Sherry A. Rogers, an M.D. and clinical ecologist at Community General Hospital in Syracuse, New York, in her article, “When Your Home Makes You Sick,” formaldehyde isn’t the only culprit.

“There are a variety of chemicals capable of inducing symptoms,” Rogers said. “With progressively more people exhibiting symptoms of environmentally induced illness or maladaptation to 20th century chemicals, guidelines for suspecting it are needed.”

Unfortunately, environmental factors rarely enter into a clinician’s diagnosis, and people like Maria, who would be completely healthy in a non-obtrusive environment, are diagnosed with strange diseases and given medications that can even make the symptoms worse.

“During my last stay in the hospital, the doctor told me it was multiple sclerosis,” Maria said. “He wanted to start me on chemotherapy, but my granddaughter, who is only 12 years old, said, ‘No, Grandma, don’t do it.’ So I didn’t. Two weeks later we took the formaldehyde out of the house and I was fine. It’s really kind of scary.”

Scary isn’t the word for it, according to Rogers.

“In essence, we have in this new medical syndrome a set of diagnostically baffling symptoms which quickly become worse,” she said. “This whole array is particularly frightening for the older individual. On a fixed income, they would be more likely to choose pre-fab housing. With a declining immune function, they could be particularly vulnerable. They might be prescribed drugs which further overload a system reacting adversely to chemicals.”

(Editor’s Note: Twenty-eight years later, we can only hope that the medical establishment has caught up with the dangers of environmental poisoning in the home. It is, apparently, something to consider when strange symptoms begin to show up. And if you want to take preventative measures, you can buy a formaldehyde detection kit on Amazon for $14.99.)