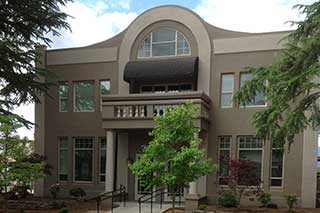 Personalized Care for the Memory Impaired

My mother died with Alzheimer's ten years ago and now every time I misplace my keys I get a panic attack. It's an extremely cruel disease that can put families through a lot of turmoil. To help alleviate the pain for both clients and their families, Pacific Living Centers was formed in September 2002.
The four owners—Charlie Smith, Sandy Quinton, Don Reeser and Tim Cummings—are all local Grants Pass people who saw a real need in the Valley for facilities that catered specifically to those with memory impairment. 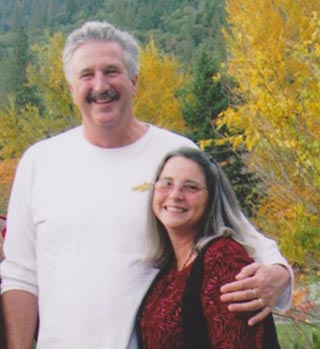 "Pennies Worth" Can Make That Picnic Happen

Local landscaper René Paré has been in the business since he was a "young whipper-snapper," mowing lawns with his two older brothers to make pocket change. Born and raised in Grants Pass, René and his wife Robin are the owners of Mountain View Landscaping and, since 2000, Pennies Worth Acres Nursery, located at 7016 New Hope Road.
"I was raised on my parents' farm right here on the property where the nursery is located," René said. "After graduating from OSU in Horticulture, I returned home to start my own landscaping business." 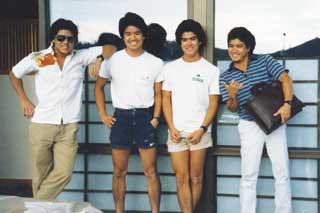 It was 29 years ago that the Tamashiro family moved to Grants Pass from Honolulu, Hawaii. In August 1984 the four brothers, Jon, Peter, Kurt and Tony, along with their mother Grace, opened Matsukaze Restaurant at 1675 NE 7th Street to rave reviews.
A few years ago Grace retired, leaving the operation of the restaurant to Jon and Tony. The oldest brother, Peter, is now a mortgage broker and, along with his wife Susan, owns Platinum Financial. Kurt has been a successful realtor for many years.
"Most of us had experience in restaurants," Jon said. "Peter went to cooking school in Hawaii and worked at a number of restaurants there. I was a busser and server while in college. Interestingly, our grandfather on our dad's side immigrated to Hawaii from Okinawa and worked in the restaurant industry, eventually owning and operating his own restaurants in Hawaii. It may have skipped a generation, but cooking is in our blood." 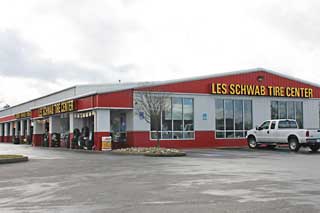 The list of things absolutely essential for any automobile to operate properly is a long one, but I'd have to put tires right up there at the top. Les Schwab recognized that reality 61 years ago when he founded Les Schwab Tires in Prineville, Oregon, in 1952.
Today, the store includes 430 tire centers across the western Untied States, including two in Grants Pass at 1694 NW 6th Street and at 320 Union Avenue.
Les Schwab was a man who believed in hard work and loyalty to his family, his employees and his community. He was born in 1917 in Bend, living in logging camps and going to school in an old railroad boxcar. His parents died while he was a teenager, and he built his life from humble beginnings.
After high school he married Dorothy Harlan, who was his loving wife for the next 70 years. He found work as a circulation manager for a newspaper in Bend, until he bought a small tire store in Prineville. 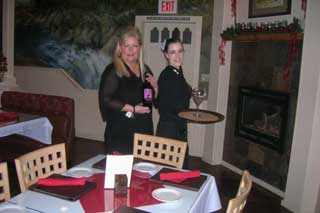 Dining along the Rogue at River’s Edge

I have a soft spot in my heart for the setting at River's Edge, a restaurant located at 1936 Rogue River Highway. It was originally converted to a restaurant in the summer of 1979 by some friends of mine, and I practically lived at the Casa del Rio for a number of years.

It has gone through a number of iterations since then, including the old Hamilton House back in the early 90s, when it was completely remodeled and expanded. It was always a great place to sit outside and view the river, but with the expansion, it took outdoor dining and great views to a whole new level.