Our apologies for misspelling the name of the Pescadero Project in the headline of a letter to the editor in the June issue. The Project helps homeless teens help themselves, and anyone wishing to help out with donations or time can call 541-342-5754 or e-mail at This email address is being protected from spambots. You need JavaScript enabled to view it..

Your Local TV and Internet Connection 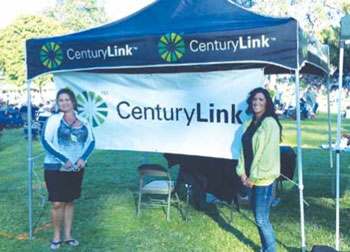 We’ve all been there: sitting on hold for over ten minutes only to be told we called the wrong department. After another ten minutes of automated directions we finally find out that in order to make the change we want, we’ll have to sign another two-year contract. No Wires Media, a local retailer for Century Link, DirecTV, Dish Network, Wild Blue Hughes Net and Charter, can help you avoid the headache of having to use far away call centers. “We offer the largest selection, so we can help you find the best deals at the best price,” owner Cheriesse Beck said. “We are a local, family-owned and operated business. We cover all of Oregon. There are no far-away call centers, no 1-800 numbers, and no waiting on the phone pushing buttons. When you call us, you get a live person who cares about you. Our services are free. If you think you are paying too much, you probably are. We can show you how to cut your bills in half, even if you’re in a long term contract.”
According to Cheriesse, high speed Internet can be obtained for as low as $19.99 and TV for as low as $19.99, tax free. “Most people don’t know that when you bundle services, you actually pay more in taxes,” she added. The storefront is located at 1560 Biddle Rd in Medford, just north of Marie Callender’s in The Biddle Center. Every Tuesday through the summer they will have a tent at the Concerts in the Park at Riverside Park. “Look for me under the Century Link tent,” Cheriesse said. “In fact, Century Link is hooking up a large part of Grants Pass right now with super fast fiber fed Internet. You can get up to 80 mgs for only $29.99, no contract.” The phone number at No Wires Media is 541-787-4867. “Mention this article or our ad, and we will give you a promotional offer worth over $200,” Cheriesse said. “It includes a $50 Visa gift card and so much more when you sign up for Century Link through No Wires Media. Our local service is priceless. Give us a call today and start saving hundreds of dollars a year.”

Sterling Bank in a New Location

Sterling Bank has moved from its Wal-mart location to a new building at 598 NE F (Corner of F and Mill). The bank, which first opened in Spokane, Washington, in 1983, purchased Klamath First Bank in Grants Pass in 2004 and made the move to F Street in April. “Sterling is one of the largest regional community banks in the western United States,” said bank manager Bea Ryan. “It serves more than 25,000 small and medium- sized businesses and nearly 200,000 retail accounts throughout the Pacific Northwest. Its network of branches span from northern California to the Canadian border and from the Pacific coast to central Montana.” For more information or to open an account, call 541-472-0895.