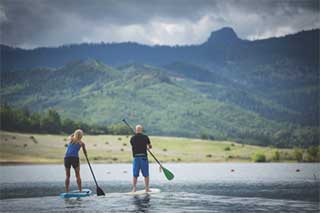 Jackie and Danny Auchard have made it easy for Rogue Valley residents to take part in the fastest growing watersport in the world: stand up paddle boarding (SUP). The two just launched Liquid Blue, an SUP rental business located at Emigrant Lake on the grassy area near the water slides.
"We are an outdoor enthusiast family," Jackie said. "We have over 20 years experience in coaching and personal training in a variety of sports and activities with individuals, groups and teams. SUP provides an incredible core and cardio cross-training workout, but is also enjoyable and relaxing at the same time." 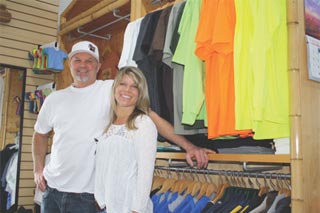 For Darren and Deborah Hayes, owners of Rock Island Design, it's all about building community. "We love the part of our business that allows us to create relationships with other business owners and people in our community," Deb said. And they do this by offering quality branding and logo design, top-notch screen printing and embroidery, banners and vehicle signage. And from personal experience, their customer service is unmatched, all while providing a quality product done on time, and within your budget. 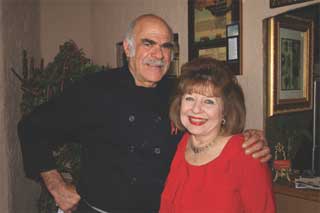 There's a reason why Vinny's Italian Kitchen has a reputation for serving some of the Valley's best and most authentic Italian cuisine. The origins of the restaurant actually began on the island of Ischia, near Naples, Italy. That's where Vinny's owner and head chef, Vincenzo DiCostanzo, was born and raised. He and his father opened a restaurant on Ischia when Vincenzo was just thirteen. "This is where he learned to cook," said his wife, Virginia.
Vincenzo left Italy when he was in his twenties, moved to New York and married Virginia. He as since opened restaurants in New York, Arizona and now owns and operates Vinny's.
"Our three children were all born in New York, but somehow they all wound up in Medford," Vincenzo said. After living in Arizona for a while, the couple decided to join their children here in Medford to reunite the family and be with their grandchildren and great grandchild. "It's been eight years now and we're so happy to all be together and living in the beautiful Rogue Valley." 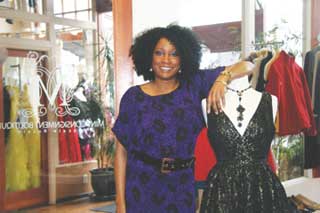 The end of this month will mark one full year in business for Mint Consignment Boutique, located at 406 E. Main St. and owned and operated by Medford native Andrea Ross.
"I am a re-transplant to southern Oregon," Andrea said. "I graduated from Crater High School (and was voted best dressed my senior year, by the way)." 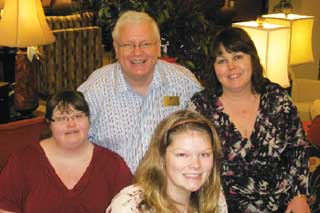 Dream It, Create It, Love it at La-Z-Boy Furniture Galleries

Allen and Lisa Pfeifer, owners of La-Z-Boy Furniture Galleries (in Phoenix, in front of Home Depot) want you to know that despite the fact that La-Z-Boy invented the reclining chair over 85 years ago, their furniture gallery includes much, much more than just comfortable chairs. "The recliners were only the beginning. What people don't know about La-Z-Boy could fill a whole book. We can really do any room in your home."