taThe Phoenix Farmers Market is Back! 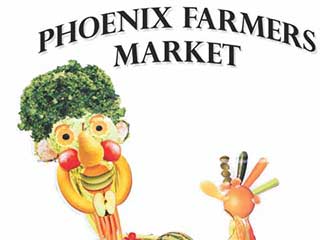 Willow was celebrating the re-opening of our Phoenix Farmers Market in the May issue.

This market, at 4880 South Pacific Highway, just before entering Phoenix from Talent, has grown from a small stall on the side of the road in 1942 to a fully operating business for produce, natural foods and groceries today. Produce is normally displayed and advertised outdoors at the market twelve months a year, 7 days a week.

There was an interruption this year in the Farmers Market’s operations. The store was closed for about six months due to smoke damage, loss of stock and electrical repairs needed after the Almeda Fire. Everyone was relieved to see, however, that the structure was at least still standing. The cheerful, low-priced source of fresh organic fruits, vegetables and other healthy foods was truly missed during the closure. Closure began on the day of the fire, September 8th. The long-awaited re-opening occurred on March 1, 2021, after buying new stock, cleaning, re-painting, re-arranging and improving the market.

The Yun family, Kihan and Jung, are owners of the market. Kihan had been an employee of the market beginning in 1988. In 1993, he opened his own produce market on Jackson Street in Medford and operated it until 2008, when the couple purchased the Phoenix market. The Yuns are fans of truly healthy food. They began to carry products from Mountain People, one of the pioneers in the organic food industry. Now Mountain People are a big corporation known as United Natural Foods, Inc. (UNFI), and many stores carry their currently popular products, but when Kihan and Jung started, not many people had heard of them.

The couple chose Mountain People products and other healthful foods because it is their mission is to promote a healthy lifestyle by emphasizing the importance of fruits and vegetables in our modern diet, and providing access to these fresh, organic foods. The market’s selection of foods includes seasonal locally grown produce, which is about the healthiest foods a person can eat. They also carry gluten-free products, a popular homemade kim chi, salsa, homemade banana and zucchini bread, other local breads, cookies, local gourmet cheese, and Sappo Hill soaps from Ashland.

Jung says that, unfortunately, many local produce farmers of the area have sold land for housing developments or converted to hemp and marijuana crops. There are not so many local produce farms now as there used to be, but the Yuns do continue to get the most local and organic foods possible.
“Our store is a landmark,” Jung says, “From the time the first gentleman began selling produce from boxes alongside the road until now, we have served four generations of the community. Sometimes people come back and are so excited to see that we are still here, and to see all the improvements to the store. We have a pretty good healthy store here. People are happy to see things they recognize too. ‘Oh, I remember these honey sticks. You still have them,’ they say.” She is very glad to see that more people recognize the importance of healthy foods. Kihan and Jung invite everyone to stop in and take a look around. Jung explains, “You will be surprised to see how much we have besides produce. We have gifts, groceries and many local products. We have kept the name “Farmers Market”, but we are more than a growers’ market. Yes, we have local produce, but also so much more.”

Visit the Phoenix Farmers Market and see an iconic marker of the area and a long-time contributor of service to our community. Hours are Monday through Saturday 10 a.m. to 6 p.m.