Eric Acevedo, the Regional Manager for Snap Fitness, grew up in a family that owned and operated fitness centers for more than 20 years.  He first became familiar with the Rogue Valley in the early 90s while attending SOU in the business program.
After a 10-year stint in Portland, Eric and his wife, Nada, decided to return to the Rogue Valley to raise their family.  “I immediately noticed that there was a major gap in service for fitness in the Talent/Phoenix market,” Eric said. “Folks were driving to Ashland or Medford to get a workout.” 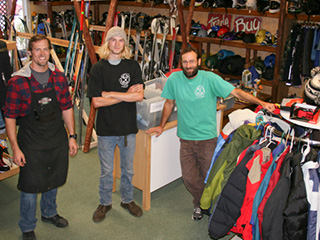 When my nephew Greg Hayden decided back in 1994 that he wanted to float the entire length of the Missouri River in a canoe by himself, everyone in the family thought he was crazy. He’d already floated the Ohio, Mississippi and Savannah Rivers, but vast swatches of the Missouri are just huge lakes in the middle of nowhere … and it was 2,341 miles long!
But the guy got ‘er done, and three years ago repeated the excursion with a buddy, this time going all the way to New Orleans. He also added the Yukon River to his list of accomplishments a few years back. 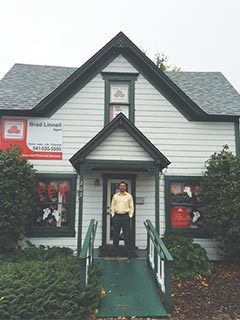 After five years in Talent, Brad Linnell is moving his State Farm Insurance business down the road a bit to 3915 S. Pacific Highway in Phoenix. "We have loved being here in Talent, but I've been looking for a new location because we need more office space," Brad explained. "For the last two years we have been looking, but unfortunately we could not find anything in Talent."
Brad thinks it will be a smooth transition with little or no inconvenience for his clients. "Both of my girls are in school in Talent, and I will continue to volunteer for the Boys and Girls Club and the Talent Chamber of Commerce. Even though we are moving the office location, I plan on still being very active in Talent and its community.

"I have lived in Southern Oregon all of my life," Brad continued. "Talent is very attractive because of the small town feel, and the town is very focused on community. When you walk downtown all the faces are familiar and friendly." 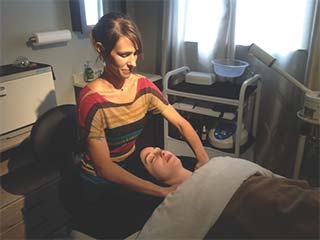 Skin Solutions, 106 Talent Avenue, is a holistic spa specializing in organic skincare and hair removal owned and operated by Natalie Mitchell. "I wanted to create a healing environment that promotes knowledge and beauty, offering custom organic facials ranging from anti-aging and acne, to sensitive and rosacea skin types." She also specializes in the ancient art of body sugaring. We'll get to that soon, but first a little back story as to how she chose this path.

Originally from the Applegate Valley, Natalie moved away as a teenager spending a lot of time traveling before settling on Kauai where she lived for eight years. "After my son was born I started to recognize the demand for organic, chemical-free products that we use every day, especially when it comes to our largest organ: our skin," she explained. 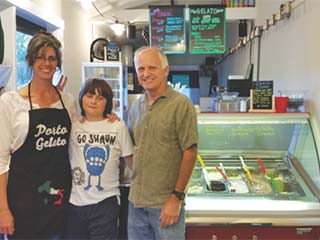 Owners Garry, Cristina, and their son Nate Wood moved back to the Rogue Valley this past July, and are excited to start their new life and business here in Talent.

Originally from the Rogue Valley, the couple away from Southern Oregon in 2005 and spent some time traveling, spending two years living on Orcas Island, and another year in Bocas del Toro, Panama, then returned to Port Townsend, Washington where they raised their daughter Payton, and son Nate.